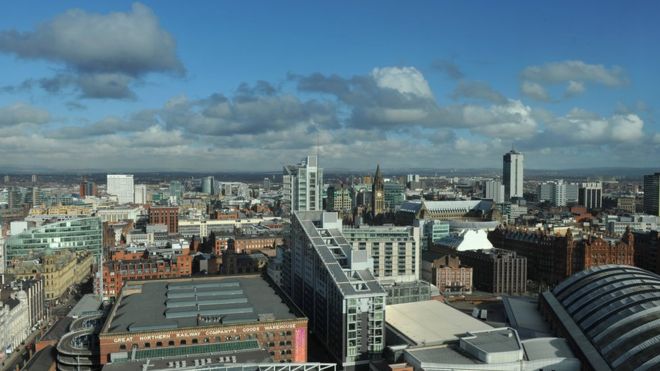 This morning I watched with interest on BBC Breakfast as the presenters discussed, alongside experts and contributors, today’s property news: Home ownership is falling in major English cities. This headline comes from a report by the Resolution Foundation, stating that across the country home ownership has fallen, giving the example of Manchester where home ownership has dropped from 72% in 2003 to 58% in 2016. 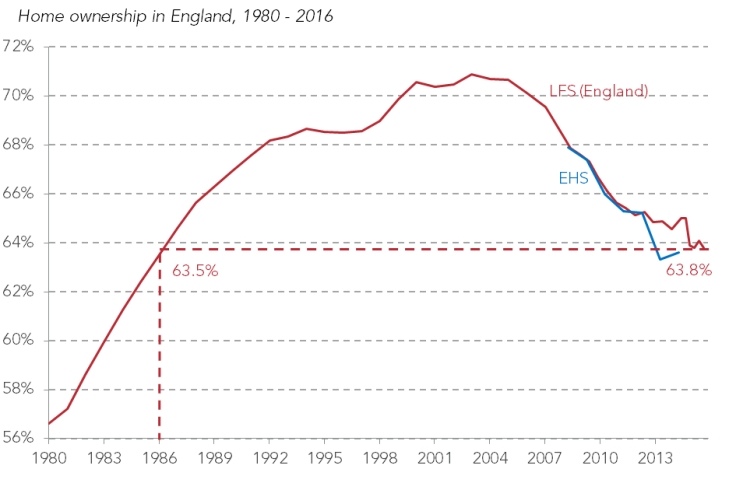 The question is, are we surprised? Er, no.

Explaining the falling rates of home ownership, Matthew Whittaker, chief economist from the Resolution Foundation, told the BBC’s Today programme: “What we particularly have seen since 2002-03 is that incomes simply haven’t kept pace with house prices, so it’s not just that house prices have gone up.

“We had access to lots of relatively easy credit and the position we’re in now is that credit has been turned off.

“We have this sense now that house prices have become detached from people’s earnings … and we no longer have the route through 100% mortgages and the like for getting on to the housing ladder.”

I first bought a Manchester 2 bed apartment for £54k in 1996, with the princely sum of £1 deposit on a 105% mortgage. Bellway Homes not only paid my deposit but also kindly gave me a lump sum to buy furniture, with the proviso I didn’t sell for a few years or I’d pay a penalty. I had zero money at the time and even though few other people I knew were buying, it seemed like a sensible thing to do so I chanced it. Most of the development, all flats and small starter homes, were bought by homeowners not investors.

Jump forward 20yrs and those flats are now almost £150k, three times the price, with no 105% mortgages yet wages haven’t risen accordingly. When my initial 2yr discounted deal came to an end, we’d to sell and move as we couldn’t afford the monthly mortgage hike, but luckily the small £15k rise in value allowed us to buy a dilapidated doer-upper terrace and that was the start of my property career.

And therein lies the problem really. My gain, and the gain of many people who invested in property back in the 90’s / early 00’s meant property became a career for many, many more people than it traditionally had been.

Sometime around 2001 I bought a teeny terrace for £67k, sticking a new kitchen in and selling it for £120k. I was gobsmacked, but deals like that allowed me to buy the self-managed rental properties which are now my full time job and pension. That same terrace with 1.5 bedrooms in a trendy Manchester suburb is now £240k. Absolutely craziness.

So why are prices so high?

I was always pretty sensible, maybe because I had no parental home to fall back on or financial safety net to catch me in the future so I felt like I’d to make sure I knitted my own security blanket, which meant sacrificing things like holidays and fancy cars. That said, it obviously used to be much more affordable to be sensible and much easier to get on the housing ladder. I mentioned shoes and living for today on Radio 4 earlier and that wasn’t meant to sound flippant but I do see a real lack of growing up around me, people who want to party like they’re in their early twenties forever, pretending to be fabulous and putting off adulthood. It arrives faster than you think, be warned.

Should we be bovvered? Should we be more like European cities where people rent all their lives? All very well and good in fabulous European cities where years of slow development ensure superb infrastructure, schools, medical facilities and food markets but not so great in Manchester where thousands of flats were simply thrown up in the Noughties and little thought was given to that point when young renters morph into families and there’s been buggar all green space, facilities and infrastructure created for them. Those renters then look out to the ‘burbs and anything half decent to buy is well over £250k – eek!

There are, of course, also many people who are living well within their means and still can’t and will never be able to afford to buy.

In Manchester, Polly, 33, who volunteers for the Greater Manchester Housing Action Network, said: “I am a graduate, I have lived in Manchester for 10 years now and I am not someone who is silly with money, but there is no way that this market is friendly for someone like me who works for a charity.

“It is not possible for me to buy. Buying a property would help me to plan and settle down.”

Surely also it has to be remembered that owning property isn’t a right. If you choose a career working for a charity or volunteering, then should the market be expected to be more ‘friendly’ to you than to someone equally as nice but opting to work hard in a higher paid sector?

Owning a property isn’t something which can ever just automatically be available to everyone, however for those who work hard, save and want to own, it should surely be an option, as it was for me.

I go back to a phrase I used earlier: have we currently got a housing crisis or a people crisis?  I reckon that’s a whole other blog post…..

4 thoughts on “Housing Shocker: It’s too expensive & there isn’t enough…”