Once in a while an invitation drops on the mat which is unrefusable. Such invites usually involve food or drink, but never before has one been exclusively devoted to all things cheesy. The Nantwich Show is a well established Cheshire one day event which incorporates the now International Cheese Awards, a truly magnificent fromage fest with over 600 cheese makers represented. I have never eaten so much of the yellow stuff in my life, it was fab! It was trade day today, devoted to cheese, with the full show taking place tomorrow and open to the public.

The judging was taken very seriously, how could they not with 3,730 entrants from small artisan producers to big brands and supermarkets. How the 150 judges whittled it down to one Supreme Winner is beyond me but they did – a cave aged Cheddar from Ford Farm took the industry accolade this year – and I didn’t try it, doh! Check out their cheese wedding cakes if you have a gourmet groom 😉

Lunch was yummy, with lots of fizz and a crunchily fresh peppery cheese loaf. Our table had ten people on it and one loaf, the next table just two people and one loaf – bad table decision on our part! 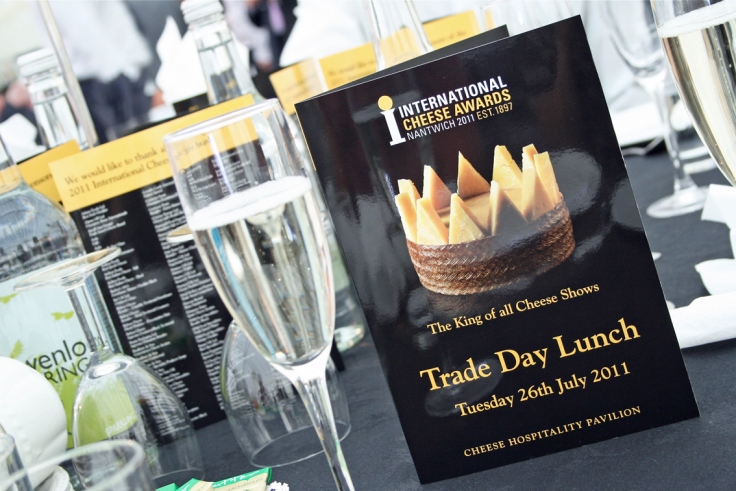 It was a boiling hot day and speaker James Martin of Saturday Kitchen fame got the best seat in the house, right next to a whopping air-con unit. James spoke of recent travelling abroad exploring food and regional produce like a lemon grower in Amalfi, Italy where 3500 lemons per year have been grown by one family for 6 generations but then of langoustines in Spain which he was horrified to discover were from Scotland. He spoke with passion about the importance of regional food and local produce, as did some of the other speakers, and of provenance.

The word of the day seemed to be generations, it was repeated by not only the speakers, but also by the producers I spoke to also. Experience can’t be conjured up out of nowhere, it’s criminal that in the UK we’re losing this because as consumers we don’t rate it highly enough. Our food, our produce, our skills are at risk if we don’t support small producers, artisans, family businesses. Rant over, on a lighter note I giggled at his throw away comment “I like Sainsbury’s, it keeps the riff-raff out of Waitrose” Naughty 🙂 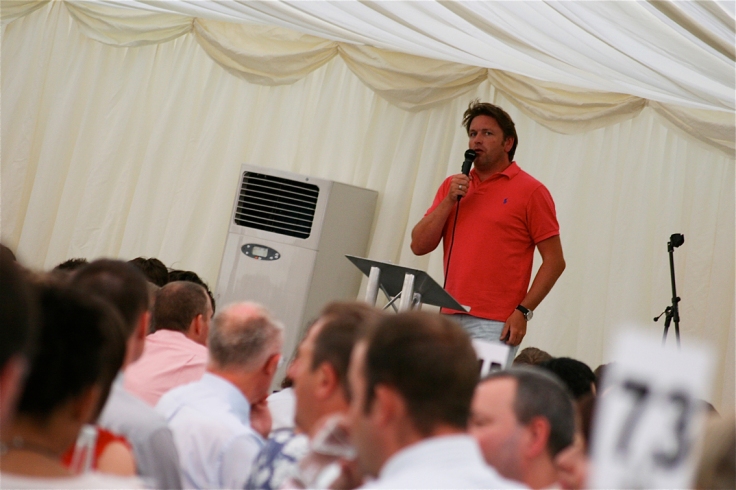 We spent time loitering with intent around Jamie Oliver’s parmesan wheel which was rather delicious, as you can tell by Rowena’s expression… 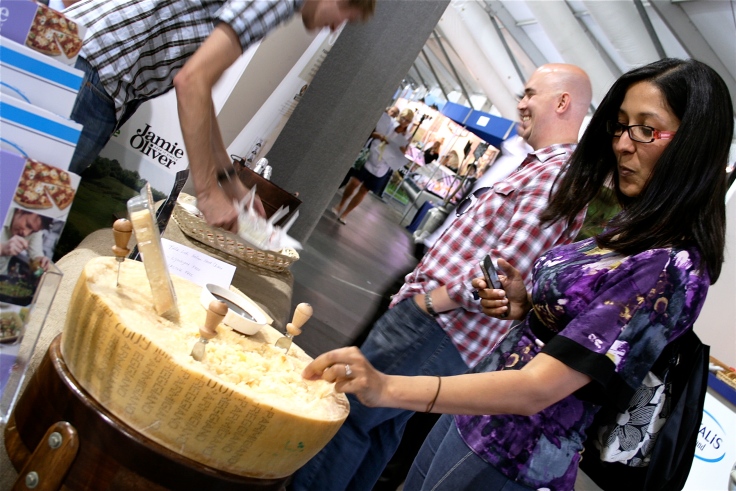 I’m going to post some more images tomorrow but will leave you with the surprise of the day – a sticky toffee cheese filled with sweetness & fruit and an utterly delicious lemon crumble one which melted in the mouth. Both from Crewe based producer David Williams Cheese and available in small independents. Wow, these two blew all three of us cheese lovers away!

One thought on “Sticky Toffee cheese? I may never recover!”