I smell of smoke, taste of brick dust and look like, well, you know what. Yep, it’s the end of Week 1, the first week of the renovation proper at Moregeous Mansions. Lots about this week has been surreal, climbing out of a first floor window onto scaffolding 20ft up in my onesie, watching a third of my home being systematically & brutally demolished and tonight, burning great piles of it, the bits full of nails and paint which can’t be put in a wood-burner. The West Wing looks very sad and sorry for herself now doesn’t she? A shell of her former self, quite literally.

Now that the very unsafe front elevation and rotten windows are down, the whole space feels absolutely massive, strangely bigger than before. When you look at the image above, the new front wall to the West Wing will be built a little in front / to the right of those white french doors, which therefore will be inside and no longer needed. The new ground floor space, 9m x 4m will be a super sized kitchen. Mr M’s been busy creating us a makeshift kitchen as the old teeny sink & fridge area was part of the demolished bit, and filling skips, hoisting chimney pots down and ripping out bathrooms. He’s a very handy man to have around. Often annoying, like most hubbies, but he has his moments 😉

Some of the items I’ll be using as part of the final interior finish came out of storage and got moved to a safe place, can you guess what they might be used for? 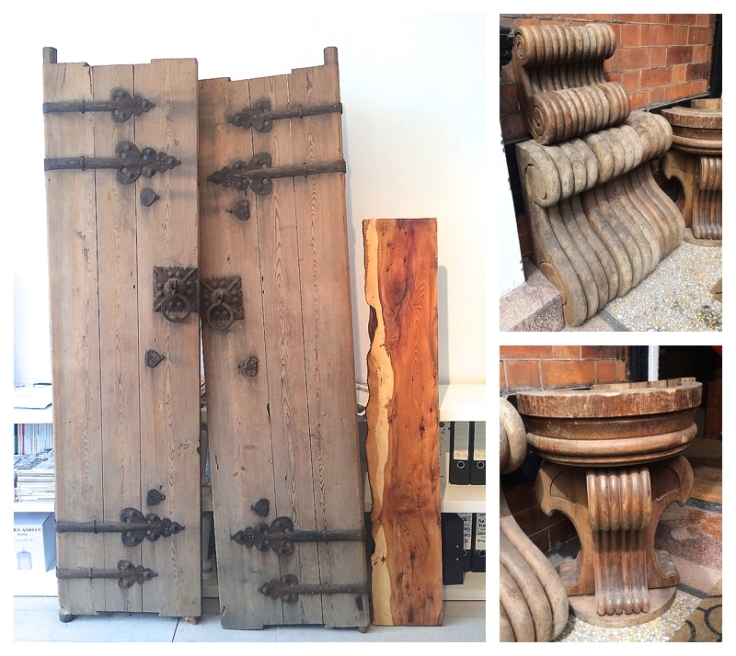 Seeing the chimney being dropped in size was cool, it was a great towering thing with a very dangerous looking bulge, ahem, rendering it unsafe. The chimney pots were removed, unbelievable heavy to get down apparently as the scaffolding wasn’t *quite* tall enough to make things easy. There was a bit of swearing. Two will be going back up on the lowered stack once it’s rebuilt, with the blue and yellow brick detailing rebuilt at the lower level and I’ll use the broken one in the garden as a planter. You get a feel of just how mammoth the original chimney was when you look at a very tall man standing next to it below. It had definitely been added for show to the original stable building and didn’t ever look in keeping on such a small building. Right decision to lower, I think. 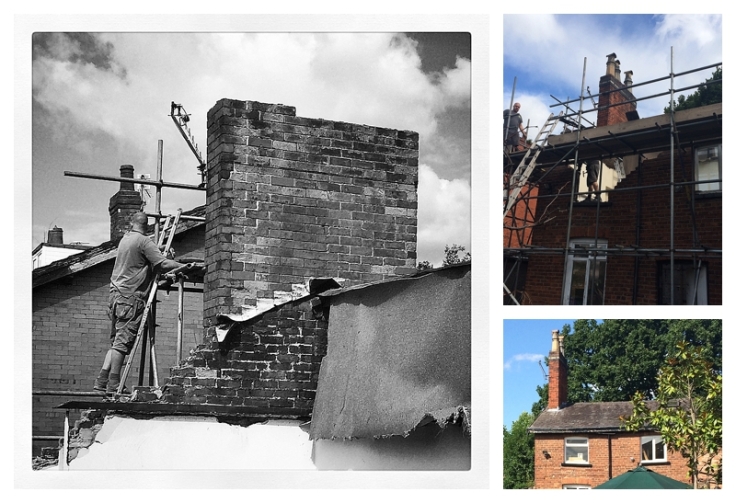 The hardest job this week? Cleaning and piling high hundreds of bricks, with help from Charlie & Steve. My hands ache, my nails are shot and my back isn’t talking to me but what a great feeling to see them stacked ready to be reused. And doh, *someone* forgot to remove a fireplace from the storage room before upstairs caved in, good job it’s cast iron and can take a rubble hit 🙂

Next week brings clearance, big boys toys with diggers and excavators, interior design work and maybe an inspirational post on a trend which has caught my eye. Have a great weekend – I know I intend to!! x

One thought on “DoUpDiary #10: Friday Round Up”