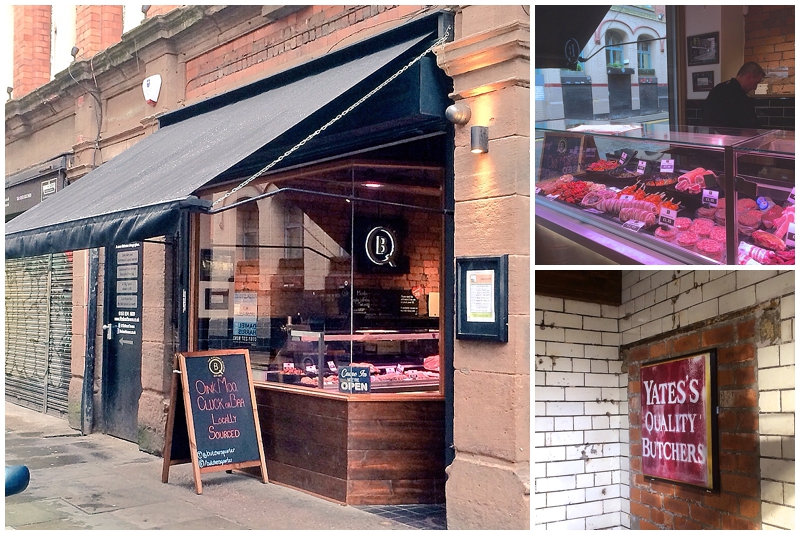 I’m bored of supermarkets. Of the assault on the senses and the amount of time it takes to battle through the onslaught of ‘offers’ to get what you want. This is how I feel at the thought of a ‘Big Shop’, as though I’d require super flying powers and dark glasses to survive it…

… to save me from blood splattered attacks… 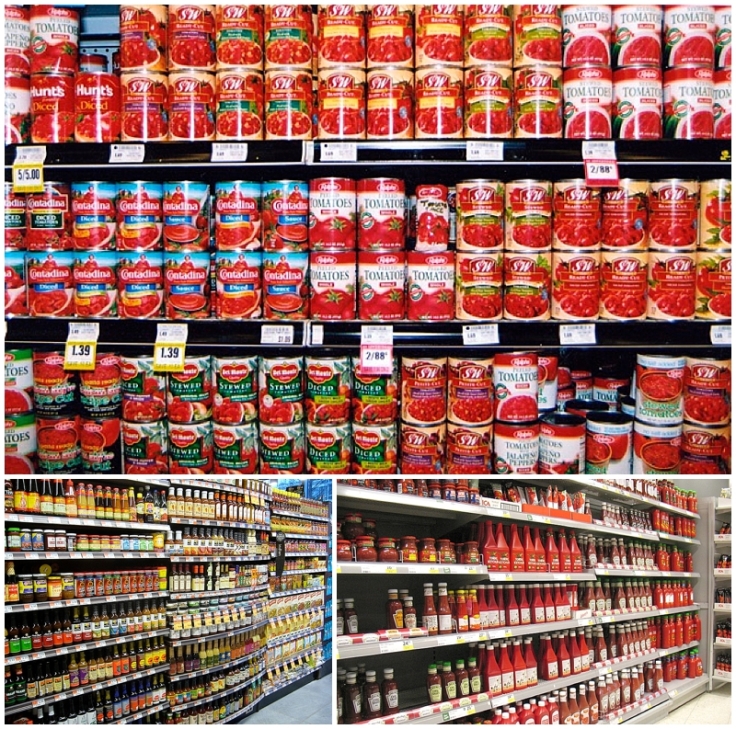 …the blurred neon maelstrom of the tinned aisle….

…and my personal dread, the cleaning run. Bottle after bottle of gaudy plastic uselessness ’cause only Cif works anyway and the rest is just a mountainous waste of resources, money and chemicals.

You need Neo’s blinkers just to avoid the special offers, to filter out the BOGOFF brainwashing and in yer face screams from posters at every level. It’s enough to give a girl a migraine. For which you could pick any one of 435 pain relief tablets.

On into the ‘fresh’ aisles and there’s an increasingly poor quality of products on sale. On three occasions in as many weeks I’ve had to return putrid smelling meat / meals off before their sell by date. Yes, I’m talking to you Sainsburys.

As a result of the above and in an attempt to secure a spot in heaven, I mostly try to buy from smaller Manchester independents: for meat it’s usually been Axons or Frost’s, Unicorn for fruit & veg, Evans or Out Of The Blue for fish and then local markets for treats and sporadic shopping splurges. Like most people, supermarket larder stock ups are done a couple of times a month for staples and for emergency empty fridge nights. Eating out at supper clubs has made me appreciate top quality produce, the flavours us forty-somethings took for granted when young but then became increasingly hard to find. Supermarket meat is, on the whole, pretty bland and tasteless, even their ‘superior’ ranges. I’ve tasted the difference thanks, there’s precious little. Finding tomatoes which tasted like tomatoes means buying premium and costly vine ripened packs, like somehow it’s acceptable that all the other round red things don’t taste like tomatoes at all. Supermarket food has become supremely disappointing, unless you have an upper end budget.

As part of our quest to shop better, this week we made a special trip into town to Butchers Quarter, a new butchers / deli on Tib Street the Northern Quarter of Manchester, very sensibly open til 7pm to catch hungry commuters on their way home for dinner.

We’d tasted their lamb, steak and sausages at last weekend’s Summer BBQ and were really impressed with the quality plus the team were just a delight. The shop has only been open a few months and is gorgeous inside, having gone through a few different guises over the years but now back to being the traditional (yet very modern) butchers it once was. Metro tiles, original and new, bare brick, muted lighting, warm woods and as Pasta Paul indeed claimed, the best door handle in Manchester (no photo deliberately, you’ll have to visit). The type of shop which certainly doesn’t give you a headache, where everything is a ‘special’ and you pay a fair price for top quality, the complete antithesis to a supermarket experience. 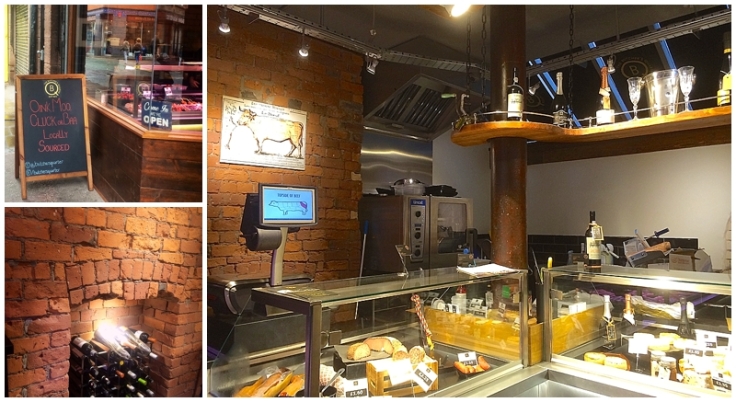 I chose some diced venison, a pork tenderloin, some lamb steaks and chorizo, treated myself to some Parma ham and plumped for an easy tea with two chicken papillotes wrapped in streaky bacon. Next time I’ll be trying one of their stuffed lamp roasts, they looked amazing!

But it was this which made me smile and really typified the difference in the shopping experiences. Nestled amongst the meats and treats are specially sourced wines and fizz. No dazzling, confusing array of choice, just a handful of the best wines tasted and chosen by the shop owners to make their customers’ lives simple. Steak, bottle, done. 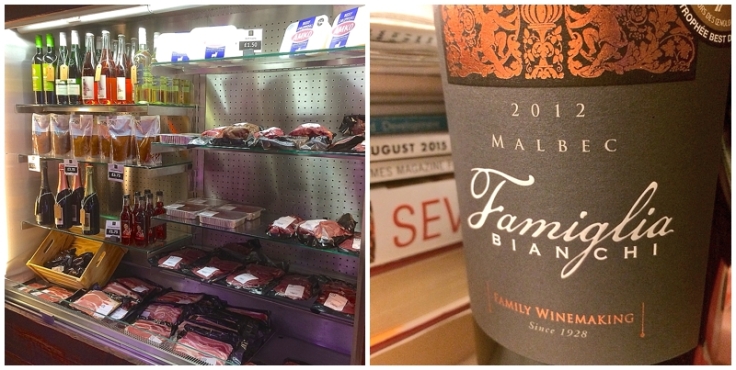 The Malbec we had was by far the most delicious red we’ve drunk in months, noticeably and remarkably good.

Supermarkets were supposed to make life easier weren’t they? Yet they’ve failed so spectacularly, in the frantic race to sell us more, more, more. For me, less but better is key and the big stores just can’t nail that.

Take some time out from being aisle assaulted this week and try out your local indies, have a chat and a chill whilst you buy. Who knows, you might even start to enjoy the weekly shop again 😉