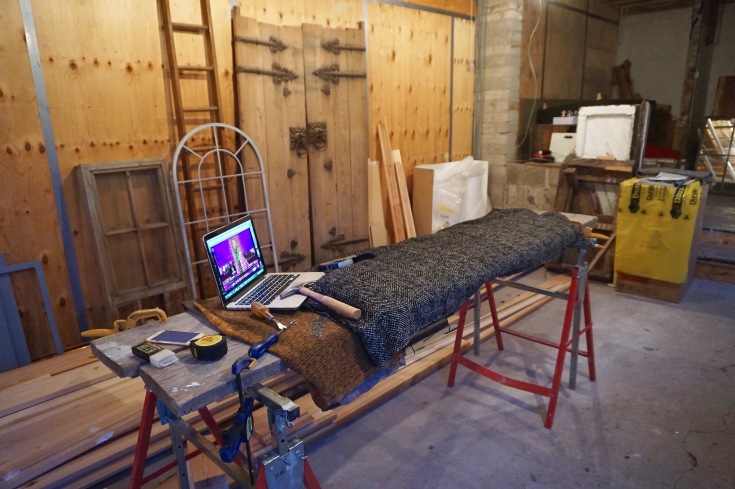 This is life at Moregeous Mansions pretty much summed up in one image. DIY tools, my iPhone and some random Netflix trash to get me through. Last week it was RuPaul and her girls making me giggle through upholstering the new pew seat and laying the extension bedroom floors, and yes, I was indeed lip-syncing for my life, carrying a paint brush as a microphone. Next week I’ve a feeling it might be Tim Roth carrying me through decorating the hallway because me and Narcos have fallen out. How does Pablo expect me to do DIY whilst reading the blooming subtitles?!

A big tick for us this week is that the first of the two extension bedrooms is nearly finished. The ceiling is finished, the shingles are on and the floor is done! I love the graphic pencil drawn style to the wallpaper, even in the image below with the pendant light which is being moved, yet again, as it’s not right for this room. This was at the “can’t decide if I want to go dark or not stage” as I’d always imagined this room being pale but then realised it was a bit meh once the white base coat was on. 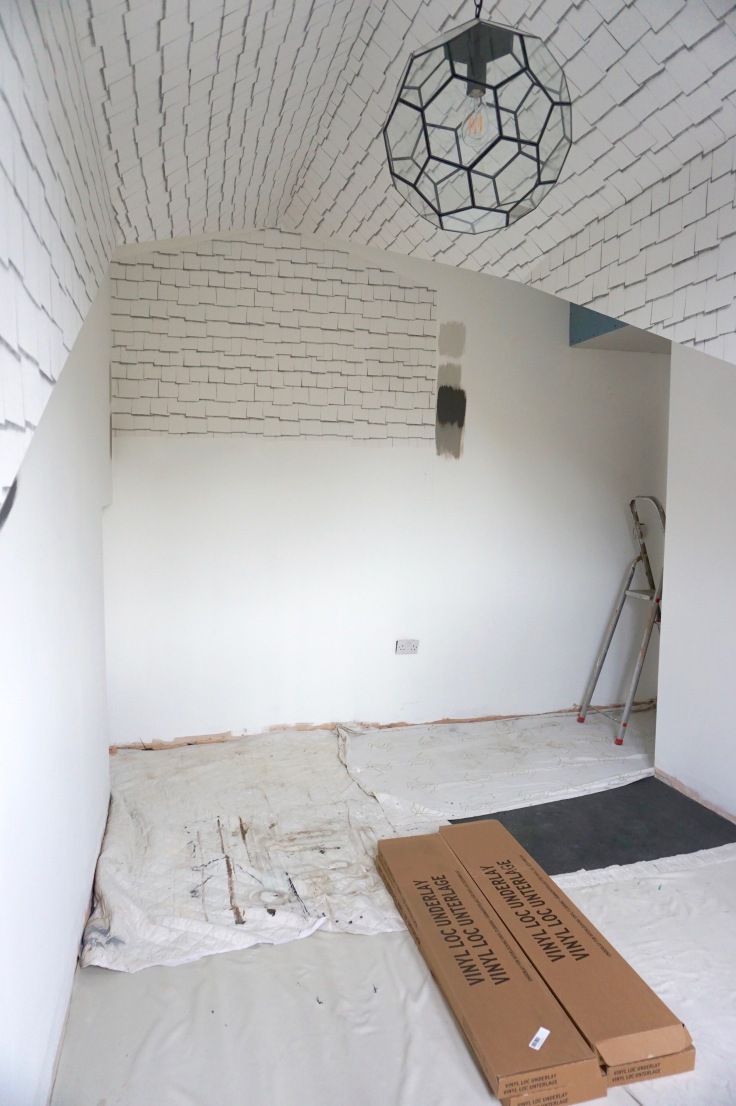 Never having laid a plank LVT floor before, I’m massively proud of my achievement with the Polyflor planks chosen (which MUCH deliberation). Eminently do-able for the competent DIYer, even one with a bad back. The pale grey works brilliantly with Downpipe but will also suit a myriad of different paler tones when and if the mood takes me to ditch the dark in the future.

Mid-bedroom, check us out, we actually went on holiday! Abroad!!

Ok, we went to Anglesey.

That still counts as a holiday right? Especially as the sky was so blue 🙂 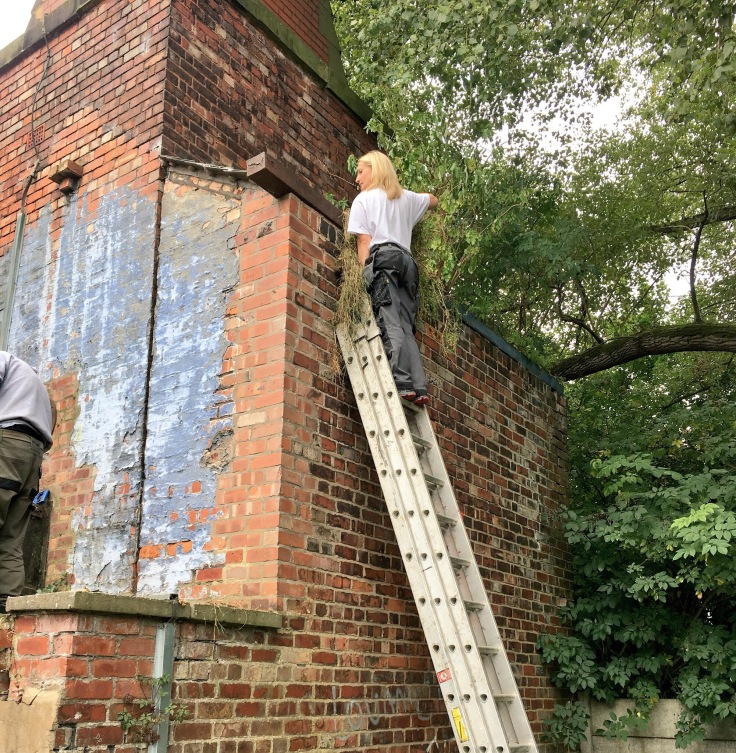 OK, we had a week doing volunteer work at Withington Baths, but it was a different postcode and there’s a pool, so that still counts as a holiday. Or so I told Mr M.

We’ve got tonnes done down there but it really is the sort of building which just keeps on giving. You get on top of ten issues and another ten magically appear to swipe the smug rug from under your feet. Like most old buildings, working on it is very rewarding but very tiring! The image above is a teeny lean-to part of the rear boiler room area, which I’ve just noticed isn’t actually attached to the rest of the building so might better be described as a lean-away part.

I’ve tried to do some Lunchtime Live’s from the Baths on Instagram but the building is so damn huge that most of them are just me dashing, somewhat out of breath, down long corridors!

BTW, if you’re reading this Jonathan, thanks so much for my restorative physio session on Friday night. Although, knowing that after 11yrs of chronic pain I now use my right hip in a way God didn’t intend is slightly unnerving. I hereby promise to do all the exercises prescribed to try and get it back into normal hip swinging action if at all possible #eek.

So onto the shingles! I’ve a full post on these beauties coming up on Wednesday but here’s a little snifter. Snifter is the perfect word too, because wow, you should smell the cedar in the room, it’s luscious. According to BBC Breakfast last week, there’s a bit of a moth issue in the UK currently and it’s widely considered that the little chompers don’t like cedar. I’m thinking we won’t need any moth balls in this room… 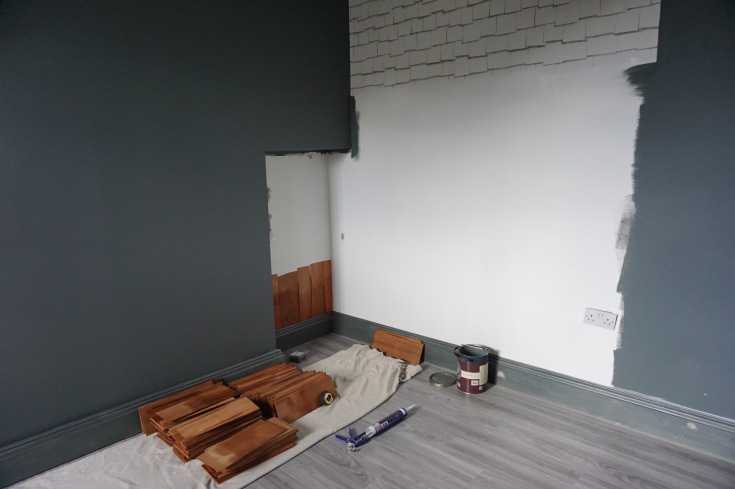 For all of you who voted grey over white skirtings, there are the fruits of your decisive labour, though I reckon I did most of the labouring on this one. It was the right decision, the deep green woodwork looks fab blending into the walls and then down into the paler toned floor.

Pop back on Wednesday to see some images of the completed wall, which I better hurry up and take as we’re literally moving my office into this room as I type….