I’m not going to say how did 2018 even happen. I remember the days when Prince was warbling about partying like it was 1999 and it still felt yonks away. As the years roll relentlessly on, it’s inevitable that we occasionally think about the past with rose tinted spectacles. It’s true that the good ol’ days sometimes weren’t that at all, however one thing sure was better – there wasn’t anywhere near as much plastic in our lives. Most people I know have been shocked and saddened by the recent news reports and Blue Planet focus on the amount of plastic waste floating in our seas, killing our wildlife and generally polluting the planet.

Here at Moregeous Mansions we’re coming to the end of a huge refurb – you mean you didn’t know? 😉 – and we’ve tried hard to re-use offcuts, scraps and waste. Still, we’ve had our share of skips and I’ve had my share of guilt. On the general shopping and weekly buying front, I try to buy local but often end up in the supermarket after a long day’s work. I buy the over-packaged meat and veg then hate myself as I unpack it at home, succumbing to the excuse that we’re time poor and it’s ‘convenient’ to shop like that. Increasingly I’ve asked myself though, convenient for whom?

The supermarkets over-package items to make them seem bigger & more value for money, so the meat is dwarfed by the size of the hard plastic container. The over-package to reduce the chance of damage in transit and increase their profits. It’s crazy that it’s cheaper for them to over-package with plastic which we then need to dispose of, rather than be forced to better their transport system. Nature already wraps cauliflowers, bananas and cabbages, to name but a few. Why the hell are they put in plastic bags? And why the hell do we put up with it?

Because it doesn’t really affect us, does it. But it affects him below. And hundreds of other species too.

So, Moregeous Mansions has taken the Plastic Pledge, after seeing this small square on House of Hackney’s Instagram shortly after New Year. A small square with a potentially massive impact, if enough of us take it. 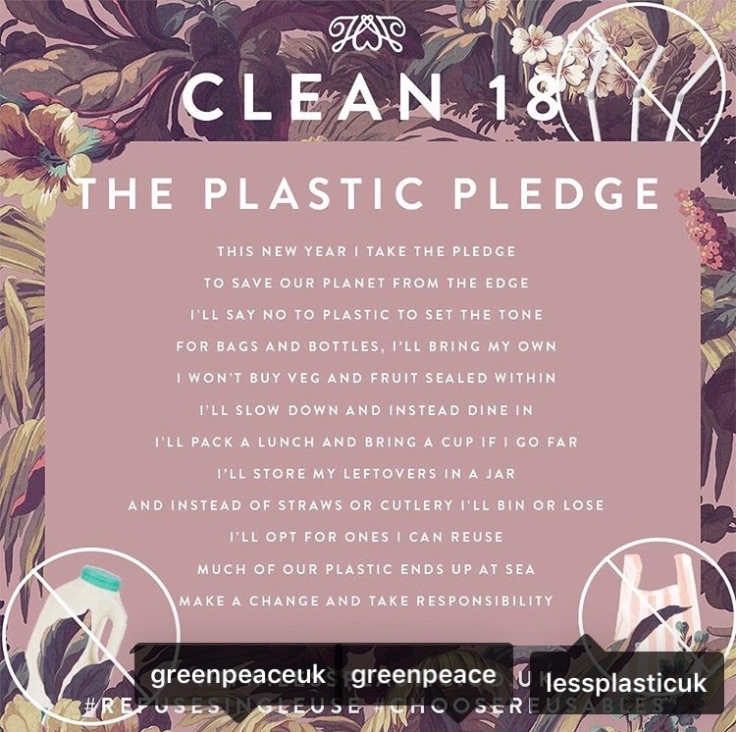 We’ve signed up to the pledge online, plus registered to support Greenpeace with a £3 a month donation: The Greenpeace Plastic Pledge 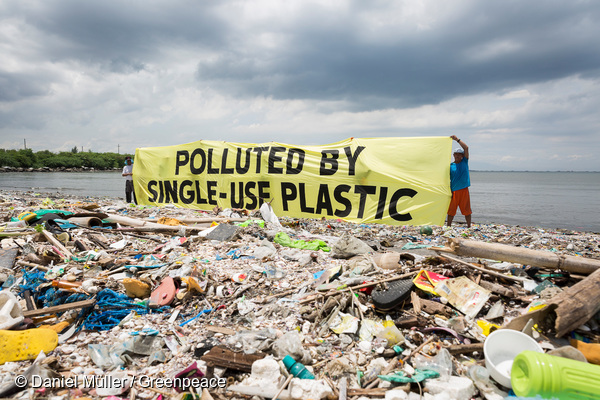 I’m completely determined to make positive changes here and have already started to put our money where my mouth is. There are lots of little things we can all do and IF we all did them, the pressure would then be on businesses, organisations, conglomerates and multi-nationals to make the changes needed to stop things getting even worse.

We can all say ‘Oh what will my little effort do?’, but if everyone thought that, nothing would ever change would it?!

I started by opening up these boxes a few days ago and being a bit stressed out by the amount of polystyrene packaging used to protect the tiles I’d bought….

Instead of just throwing it in the bin, I popped a picture of it on our local area Facebook page and asked if anyone needed it for re-packaging. Within two hours, someone had picked it up to protect their precious items whilst moving house. Result! I know it’ll go in the bin eventually. Probably end up in China to be moleculised and reformed into more polystyrene but hey, at least it’s had two uses, right?

Fancy it? Fancy making the pledge yourself?

Whizz over to our Instagram and join in the conversation we’re having over there, see some of the Stories of how we get on in January and the type of choices we’re starting to make. Hopefully you’ll be inspired to make some of your own positive, Clean18, anti-plastic changes too x

One thought on “Clean 18 : New Year, New Start With The Greenpeace Plastic Pledge.”