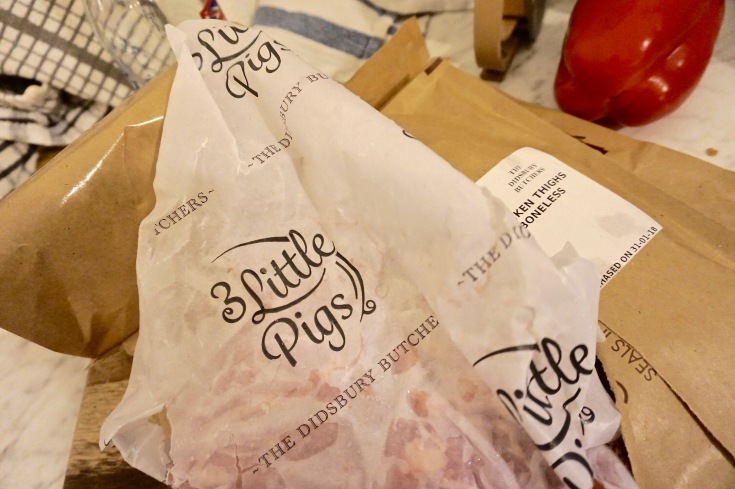 It’s not just the 5p plastic carrier bags in supermarkets which cause lots of problems, but the ubiquitous plastic wrapping around every single product filling our shopping bags. There’s a fabulous organic store in Manchester called Unicorn Grocery which Mr M and I have been going to for years. Their wrapping policy is strictly old school  and anti-plastic, they were doing cloth bags way before cloth bags became ‘a thing’. Pretty much all their fruit & veg is loose so it’s great to unpack at home – all paper bags and no guilt. I quite like to burn the torn bags in the log burner, then there’s no waste at all!

However, because it’s a 15 minute drive away and work doesn’t always make it ‘convenient’, we don’t always go. We should. But we don’t. When you think about it though, that shouldn’t matter should it? We shouldn’t feel the guilt because retailers large and small shouldn’t be forcing so much bloody plastic on us. And maybe now, now we know the huge waste plastic problem that exists, we should be insisting that they don’t? 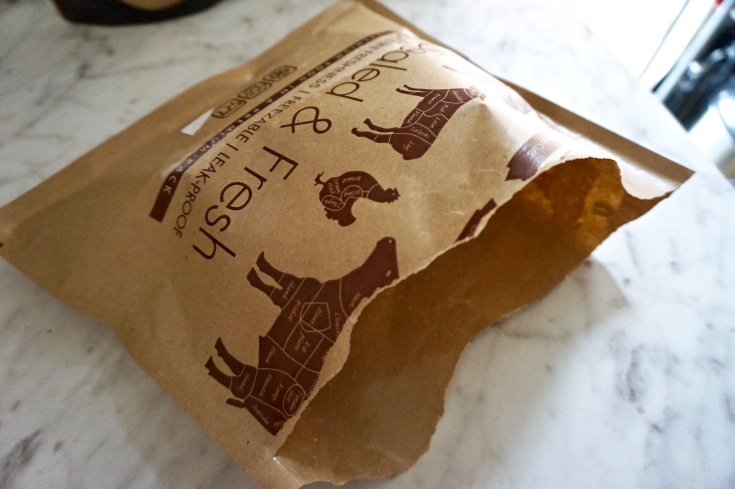 When we switched to glass bottled milk in January, I saw that the dairy were collaborating with a local butcher and fishmonger on deliveries. We tried out the service and were suitably impressed with the standard of the food but one thing struck me. The meat was in paper bags. Yes, the paper was shiny-ish, but still, it was noticeable when every other local butcher uses thin white plastic bags for wrapping meat in. Bags which always get binned immediately after use.

This week I was in Didsbury Village and made a point of calling at the shop, Little Pigs, to buy some more meat, mainly because of the above. I chatted with Sam on the counter about their packaging and interestingly he said the issue of waste was something they’d talked about as a business, before deciding to opt for paper wrapping. Isn’t it fantastic that small businesses are starting to do this? I wish they all would!

They also do a range of onsite prepared ready meals but those are packaged in semi-rigid plastic containers. Sam told me that some customers now bring in their own Tupperware to buy these meals – isn’t that so old fashioned yet somehow so perfect?  I asked if paper type containers even existed, but he wasn’t sure. However he said they’d already started investigating that route – good for them. M&S do a range of semi rigid card with a thin plastic overlay for some of their chicken ranges. I can’t really understand why they don’t do this for all their meat packaging. Should be forced to really. We should all mention it at the till…..

And if Sam can, why can’t all the supermarkets switch to paper wrapping for their fresh meat counters?

Good on the Three Little Pigs for making an effort in this way, giving this whole subject some serious thought and taking positive action. A great way to win customers 🙂