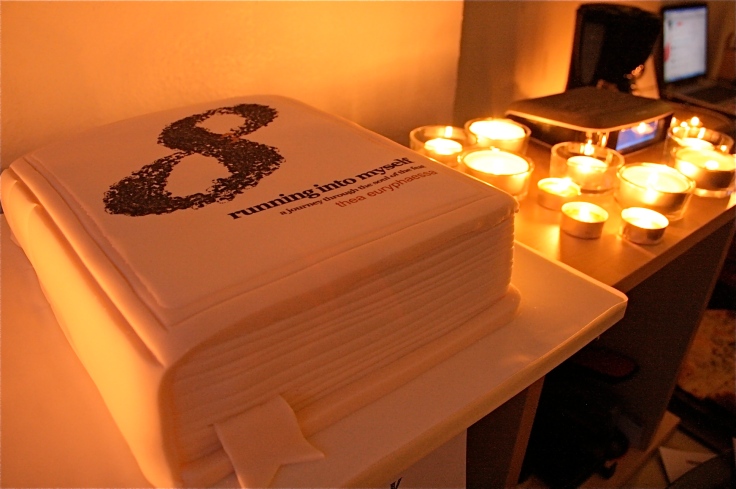 I wrote a blog post A reminder today, for me, of the important things a few weeks ago when feeling mega-stressed and it struck a chord with a few people, sparking off several recent conversations. On Friday, after visiting friends over from Poland with their new and delightful baby up in the NE (i.e. making time for the ‘important things’!), we made a dash back to West Didsbury to attend the book launch for a new Twitter friend and author Thea Euryphaessa; the book is called ‘Running into Myself’. I am looking forward to a good read it as it sounds fascinating, describing Thea’s life journey and her interest in mythology, spirituality and the Self. Whilst there we got talking and spoke about how we Brits are and what happens when someone asks us that all too familiar question ‘how are you?’ – we all say ‘fine’, even when we’re not! Thea spoke about how limiting she finds this and how dishonest it is, that many times we want to say ‘Actually I’m absolutely shit and having an awful day/week/life’, but we don’t. I agree with her and wonder why we do that? Is it because we don’t like sharing our weaknesses and if we show them, we think people will judge us and find us lacking in some way? Thea has spent a lot of time in the US and described how different their attitude is over there and how her book is likely to do much better there before people ‘get it’ in the UK. She’s right, Americans do share and reveal much faster and more openly, but maybe too much so for us and us Brits feel that those raw emotions are somehow cheapened by being revealed too quickly.

Then yesterday a crisis. I became involved in gaining access to the home of a friend with whom I have had a falling out, but who is in a very low place at the moment. When people go awol, other people worry about them, if they are lucky enough that people still care for them. The concerns aired took me back to a time when my dad and I found a tenant who had committed suicide in one of my flats and I still feel partly responsible, that I could have done more. I resolved then to do so should a similar situation ever arise again. So yesterday I did ‘get involved’, a safety net seems to be in place now and communication is open again.

When you see a person at their very lowest, there can only be two main reactions – compassion pity or contempt pity. The former is born from an instinctive & deep desire to help and protect, for if you see someone at their lowest ebb, you see the very essence of a person, the core of them, the bit they hide away under layers of life, the part they protect from the world. When you are that low, you no longer have the required energy to hide it away. This is the tiny part of us which holds our fears, the naked part where everything else is stripped away. A part which doesn’t see the light very often and with some people never sees the light of day at all. When I see this part of a person, I turn into Mrs Practical, c’mon lets get you washed/dressed/sorted/straight, it’s just a weird natural instinct which comes out, a gut reaction, can’t help it, can’t change it. It came out yesterday and it never fails to surprise me.

In some people, seeing that lowest ebb elicits contempt or rejection, which is really just more fear. They see the fear and fear it, maybe they’ve never felt that low or been honest enough to recognize or reveal that part of themselves, so they can’t deal with it when someone else does. There’s no compassion because there’s no recognition.

How do you react when someone tells you they are feeling low and need help? Do you say you’re fine when you’re not? Is it better to hide those feelings away until after the port like the Brits or get ’em out on the table before the starters have even arrived like the Yanks?

Anyway, I’ve got a kitchen to draw, where should I put the fridge, now THAT’S a question.