Even the main entrance into Interiors UK has been stylishly designed, with uber cool matt moss green panelling, interspersed with recessed glass boxes containing typically ‘English’ items. Lots of animals to be seen, another interiors trend which has grown over recent years.

I headed to the main ‘ designed areas’ first, deciding to leave the furniture stands and individual items until later. I was intrigued with the description of His Lordship’s Lair and My Lady’s Chamber, his take on the ‘British’ look. Couldn’t believe it when I saw my Designer’s Guild duvet cover again, the one featured on Ab Fab on Christmas Day – that duvet gets everywhere! I think an Moregeous bedroom update is on the cards 😉 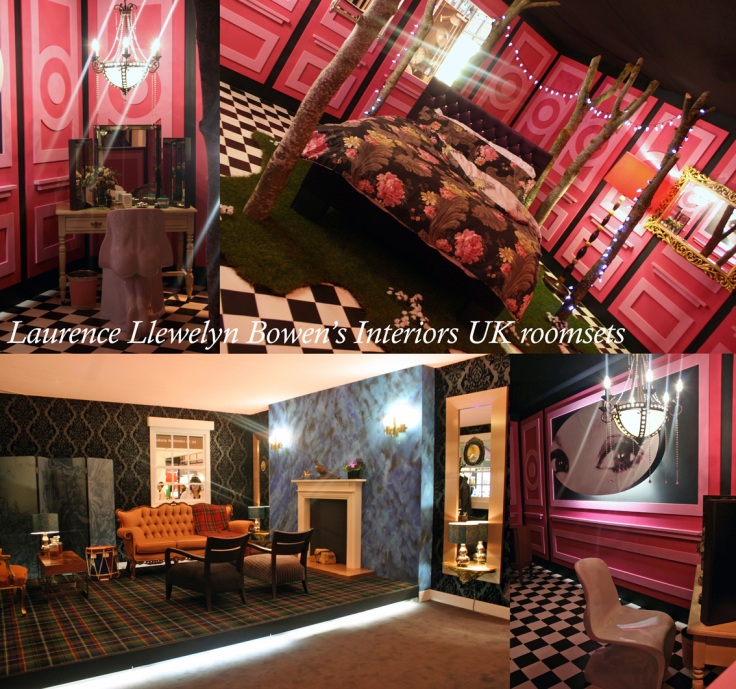 Also on my list was the Mary Portas and House of Fraser area where the finalists of their competition to find the next retails stars was showcased. 170 entrants had been whittled down to just 15 and those featured below were my favourites:

I liked the retro style of this upcycled furniture:

This tea party set delighted ALL the visitors!:

Great idea to send to a friend in need – instead of a card, a hanky! Love the “He’s not that hot anyway” one 🙂