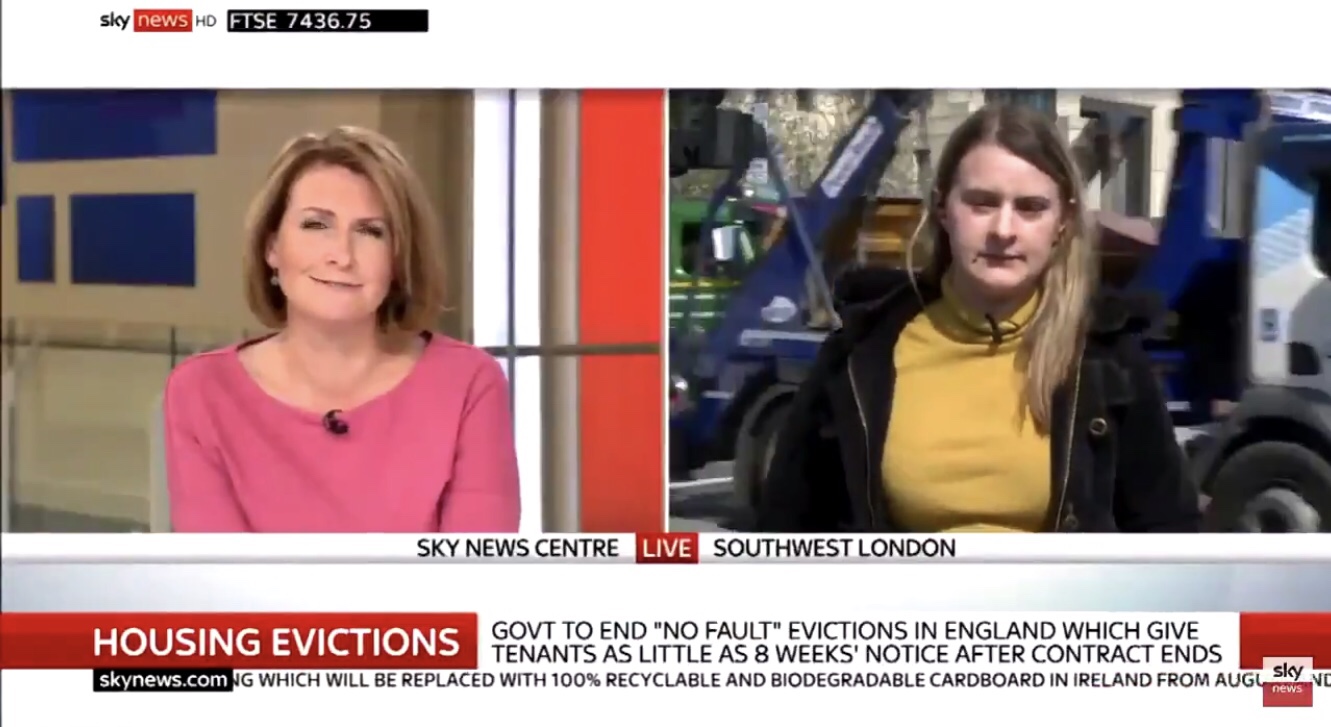 It was pretty late last night when I caught this video on Twitter, and as a property devotee already reeling from the Notre Dame footage, I didn’t properly take it in. I guessed there’d be an online storm when I opened my eyes again this morning though. Boy, is this interview a cracker, in the worst possible way.

For clarity. I’m a landlord, have been since 2001. I left university in Manchester in the early 90’s and was homeless. I had to persuade a rental agency to rent to me for the princely sum of £303 per month when I finally got housing benefit allowance. In 1996, around the same time as getting a Princes Trust grant to start a specialist building company, whilst walking down the street, I saw a sign saying buy a flat for a pound. A pound. One pound. I know. Couldn’t happen now. To me a flat, my own flat (even with a 100% mortgage) meant the world – security, my own space, something no-one else could take away, a place for me and a my stuff to be safe. I went for it.

About 5yrs after that, with the building company having taught me a huge amount about property, I took advantage of the then quite new B2L loans and bought another run down apartment. I decided that what I wanted to do was work as a landlord and give people nice homes to live in. I figured my growing skills in lady buildering & interior design would ensure that my rentals were both well designed and well run, filled with happy Manchester tenants.

And that, that is why I was so appalled to watch the Sky news clip with anchor and during-the-interview-confessed landlord Jayne Secker talking (down) to a young lady quite clearly nervous, anxious and in the middle of her own Section 21 served housing crisis.

The Government, if you don’t know, have just announced they’re banning Sections 21s, which give landlords the right to serve 8 week notice periods on tenants to vacate the occupied property. The tenant doesn’t need to have done anything ‘wrong’ and the issuing of these Sections is actually quite rare because, well, most landlords like having tenants because tenants pay their rent, which means landlords can pay the mortgage. However there is an undercurrent of poor landlords who, when tenants complain about sub-standard or defective properties, use these Section 21’s to evict the tenants and get fresh ones in. Ones who don’t yet know the property’s problems. A growing and vocal pressure group have persuaded the Govt that Section 21s should be banned. For the record I’ve never, ever served a Section 21, even when I sold a property, I arranged for all the tenants to stay so there was a smooth handover and no-one’s life was disrupted. I’m not going to go into all the pro’s and cons on the S21 argument, and there are valid ones on both sides, cause this blog post is all about Jayne’s attitude.

It stank, didn’t it? I was embarrassed on behalf of all good landlords everywhere, and there are many of us in the PRS. Why?

Kirsty was bang on in her response. It was clear that Jayne gets ‘pissed off’ with her tenants, it was clear to Kirsty and clear to everyone watching. This young person dealt brilliantly with the smug line of questioning, in my opinion, neither rising to it or lower herself in answering angrily.

Jayne really did us good landlords no favours at all did she? Instead of dealing with the matter sensibly and sensitively, what she did was fuel the same old Them and Us narrative. It’s a narrative which suggests that landlords are all evil, money grabbing people who don’t care about their tenants. It also fuels the idea that working class people can’t be landlords, or that the class divide means middle class people don’t care about social issues. This is Kirsty’s tweet after the interview. It makes me sad, reading the words ‘a landlady’, like one of those terrible people couldn’t possibly understand her predicament.

Good landlords don’t evict tenants without extremely good reason. We value good tenants, we enjoy creating lovely homes for people to live in and it can be a great relationship. Interviews like this car crash on Sky do NOT represent me, or many other landlords, I couldn’t want to make that clearer.

Smug landlords like Jayne make young renters even angrier with a system stacked against them and actually make me as landlord support more legislation stacked against us, which is the way things are currently going. It’s ok when things are going well, and you have great tenants but there are some terrible, truly terrible tenants out there – serial fraudsters, property wreckers and anti-social horrors. Tipping the balance too much one way means those issues can’t be dealt with fairly and effectively, which doesn’t help us landlords or good tenants in the long run either (they live next door to the horror tenants after all).

Fuelling the Them and Us helps no-one Jayne, could you wind it in a *bit for the next interview please? Thanks 🙂

4 thoughts on “A Lightbulb Moment: Where Sky’s Jayne Secker Lets Down Good Landlords”