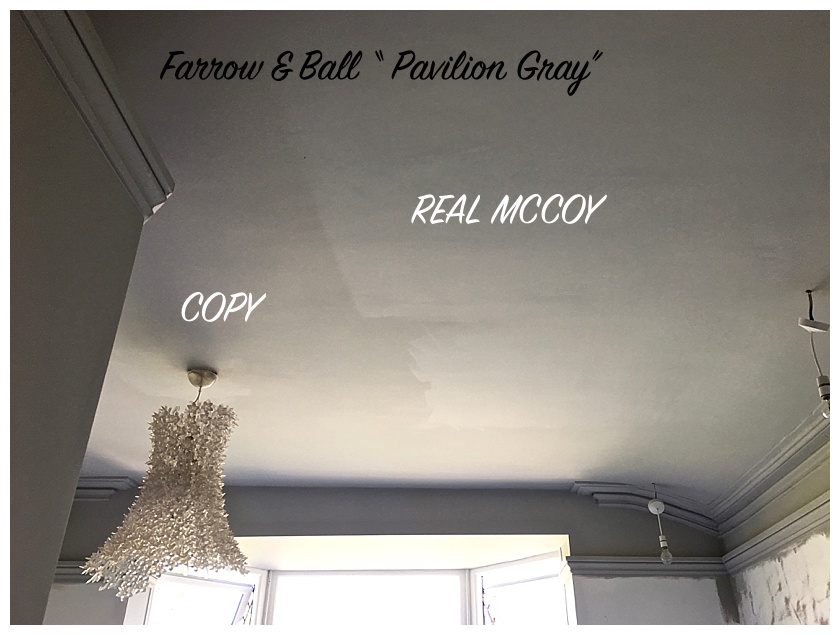 Oh, the dilemmas cause by the combination of a reno to finish and the love of a damn good paint colour. You know the score if you’re an interiors addict who’s embarked upon a renovation of your own or let’s face it, just a simple room makeover. Costs spiral and budgets shoot up faster than a Friday night Prosecco cork. Anyone in the know is yearning for Stiffly Blue and Yeabridge Green but here’s the painful truth: Farrow & Ball paint is more expensive than other brands like Valspar or Dulux. The questions I see popping up over and over again on Instagram, in forums and in blogs – “Is it worth it?” and “Can it be copied?” 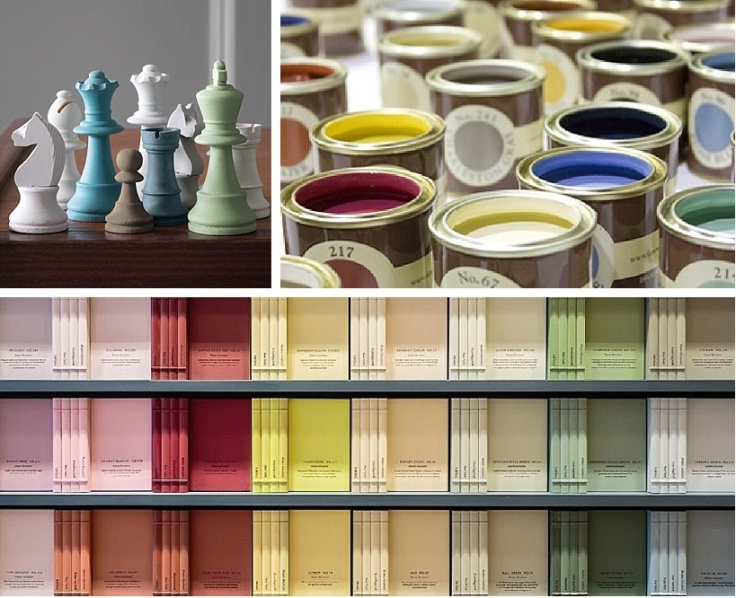 As background for you, I’ve been decorating properties for over 20yrs, both for myself and clients, and for those with regular budgets and higher than average ones. The Moregeous paint brushes have been dipped into most high street paint brands, plus into Farrow & Ball and also into ‘copies’ of the aforementioned. You know what I’m talking about right? It’s not a secret anymore that independent and DIY store paint-mixing services will ‘copy’ F&B colours into their brand of paint et voila! – who needs to buy F&B if the budget won’t stretch to it. Why buy Alaskan Dead Salmon when you can have Farmed Dead Salmon eh?

Only that’s just it. They’re not identical. In the same way that the rich, muscular red of icy sea salmon doesn’t really compare to the slightly greasy and flaccid pink farmed stuff,  the deep pigments of F&B cannot be cheaply, easily or exactly copied. The simple fact is that this brand of paint is very good quality, with less water and more pigments in it than cheaper paint on the market.

This past few weeks we’ve been decorating a guest bedroom and the main bathroom  here at Moregeous Mansions. As the house will be used for events and location shoots, I’m keen to make the interior something special but I don’t have an endless pot of money.  I haven’t been able to grow one of the Government’s magic Money Trees. Many of our walls are Dulux Super Matt white offset by outrageously lush wallpaper, but where there is colour (well, I say colour, but mostly I mean black and grey), it’s deep and dramatic. Much of the outside is F&B’s Railings, with Pitch Black for some of the internal window frames and main bathroom, and a splash of Pavilion Grey in the guest bedroom. So far so costly. Mr M went mad when we estimated the final amounts as it’s a Edwardian house with high ceilings and large rooms! To save a bit of cash, I decided to do some cheatin’ and have copies as the undercoats.

On the exterior fence woodwork I used a grey primer & undercoat, then the F&B copy colour, then the F&B ‘real’ colour. For anyone only doing a small amount of painting and wanting the real McCoy, it’s far better to use two coats of the real thing, but I have metres and metres and metres to do here. I simply cannot afford F&B all the way. This top coat method is a way of getting F&B colour on a large reno without breaking my budget. Who am I kidding, my budget is already smashed to smithereens but you know what I mean. Breaking it *even* more.

This sort-of-cheating has worked well for us outside with all the fence panels and garden trellis.

And so to inside. On the guest bedroom ceiling, coving and walls, I first used a white, water based, bare plaster paint, then a coat of the F&B Pavilion Grey copy. The original is a classic mid-grey described as “reminiscent of an elegant 18th century Swedish colour” and perfect with my Designers Guild wallpaper. I decided to do a little experiment and painted about 1/3 of the ceiling with a second coat of the copy and the rest with the real stuff, wandering off to do something else whilst it dried.

Blimey, what a surprise when I returned. I didn’t actually expect there to be much of difference on such a neutral colour and assumed the contrast would be much more subtle. In the image above both paints are dry, even though the F&B on the right looks wet. It wasn’t ‘shiny’ in real life, just much more luminescent, bouncing the light around beautifully. Whereas the copy, well, didn’t. It was flat and unappealing when compared to the real thing, even though beforehand it’d looked perfectly acceptable, quite nice even. Like farmed salmon does, before you taste wild.

Plus, I made a little video which sums up my findings:

I was genuinely taken aback. That there was such a huge difference in the real stuff and the copies, with the copies looking so washed out in comparison.

Nothing changes the fact that Farrow & Ball is more costly than regular paint but there is a huge difference between the genuine article and the copies available through mixing services. Please don’t let anyone tell you otherwise. I’ve read some very arsey forums posts from decorators saying Dulux and Crown copies are just as good as the real thing. Nonsense. They might be good paints, but they will not be ‘copies’, either in colour or finish. Some people say F&B isn’t as durable as other paints designed specifically to be hard wearing, Dulux Endurance for eg., and that’s as maybe. If you need that finish, I’d suggest buying a Dulux Endurance paint and associated colour. Mylands are also a smashing brand for tough paint, they use it on film sets, dontcha know.

In conclusion, if you know you can’t afford this brand, my advice would be…

Would you wear a saddo snidey Rolex or a pair of fake Choo’s? No, course you wouldn’t, so don’t do it with paint.

Upside of The Copies:

Downside of The Copies:

15 thoughts on “How To Decide Whether To ‘Copy’ Expensive Paint”