As is to be expected, client jobs have way more limitations than the ones I carry out on my own properties, with budget constraints and the clients expectations & tastes highest on the list. In this post is the main bathroom for a two bedroomed rental apartment and, square footage wise, it’s huge compared to those now ‘podded’ into new build blocks. However even this super-sized bathroom had it’s limitations. The client wanted a larger than ‘normal’ bath but also a separate shower cubicle, plus  storage and a good sized heated towel rail.

As can be seen from the plan below, it wasn’t possible to fit the shower to either side of the window because at 720 and 540mm, the bare minimum size for a shower cubicle is 760mm square, so we couldn’t even get the smallest cubicle available in either of those two corners. Much too expensive to start moving windows, hence it’s position where it is. The room was made even larger to allow both a good sized entrance way and the requested storage by stealing a little nibble from a hallway cupboard (where the crossed stud wall is marked).

The waste and soil pipes had been exposed in the previous layout and were boxed in with very ugly boxing, but my very clever boys buried them to leave clean wall lines on which to tile the requested limestone effect ceramic tiles.

It wasn’t a perfect solution to have the basin in the corner as this meant that the mirror above didn’t run the full width of the basin, however by running some mirror to the right hand side wall also in a corner effect, it meant there was no hiding from that searching morning light 😉 Believe me, I tried it every which way and Mrs P quizzed me on every possible alternative…..

All in all I think it’s a cracking bathroom for a two bed apartment at £650 per month, Mrs P, you’re a landlady after my own heart x 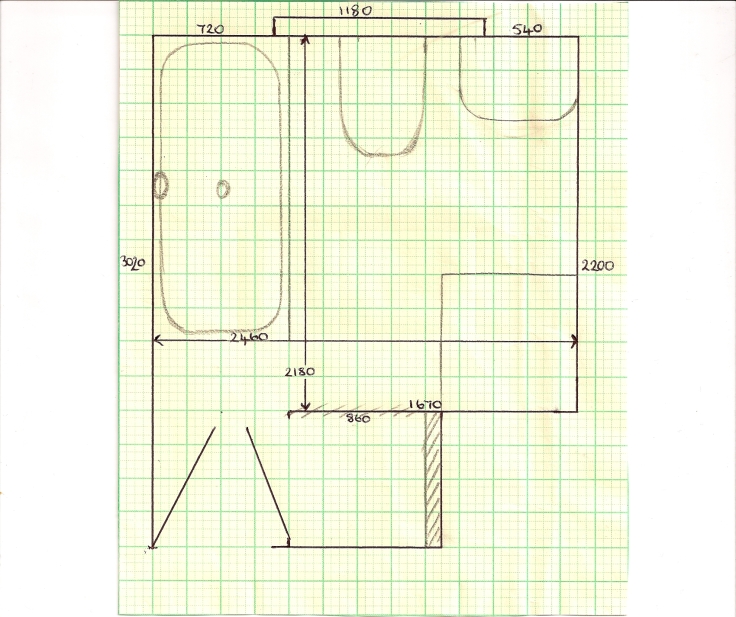 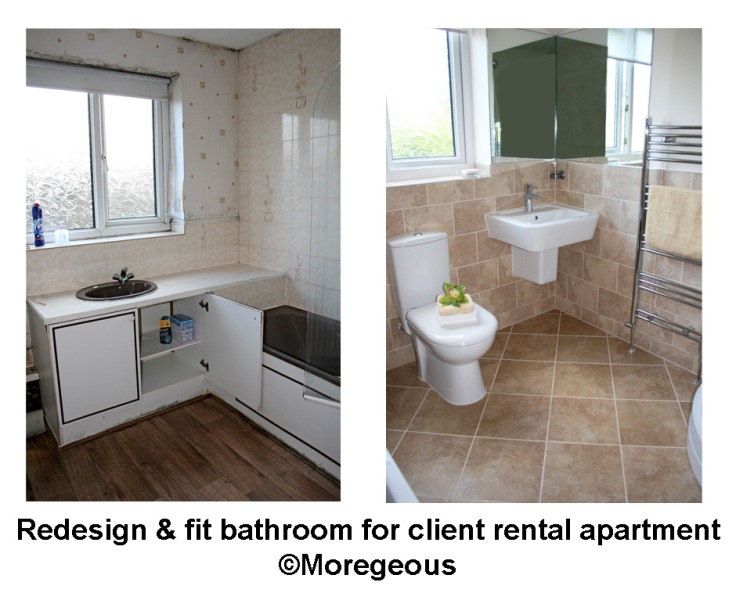 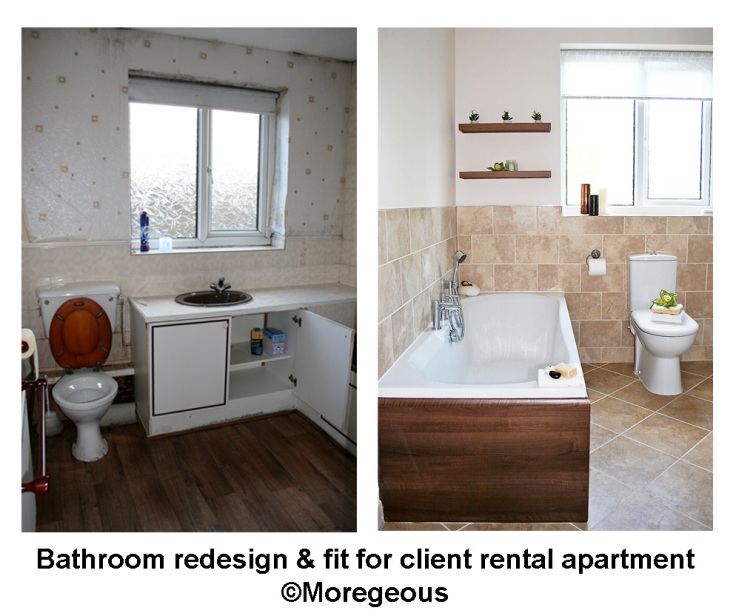 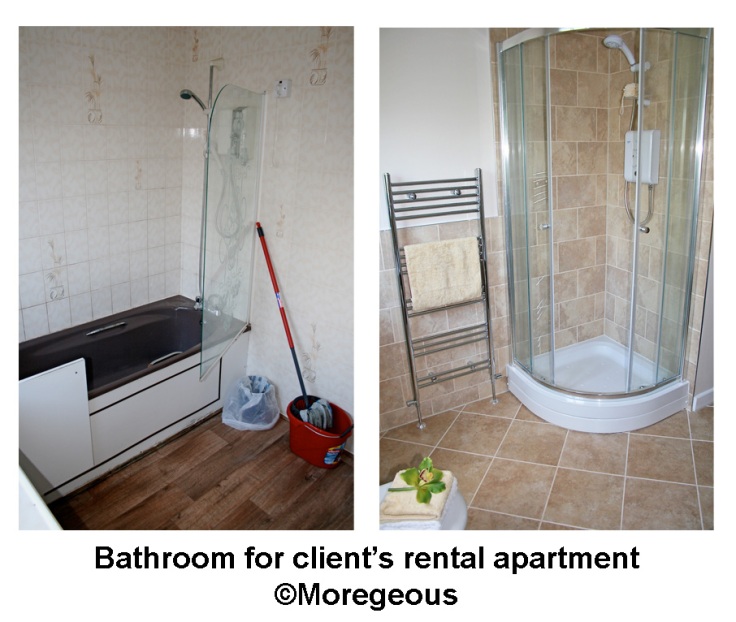 One thought on “Project Brighton – Bathroom with walnut and limestone palette”